Pick a language to read our adventures in

Hello everyone, Maisie here today! I had a lot of fun at Fife Dog Show and I made a lot of new friends. Mum also bought me a new muzzle to show off to all my new friends. 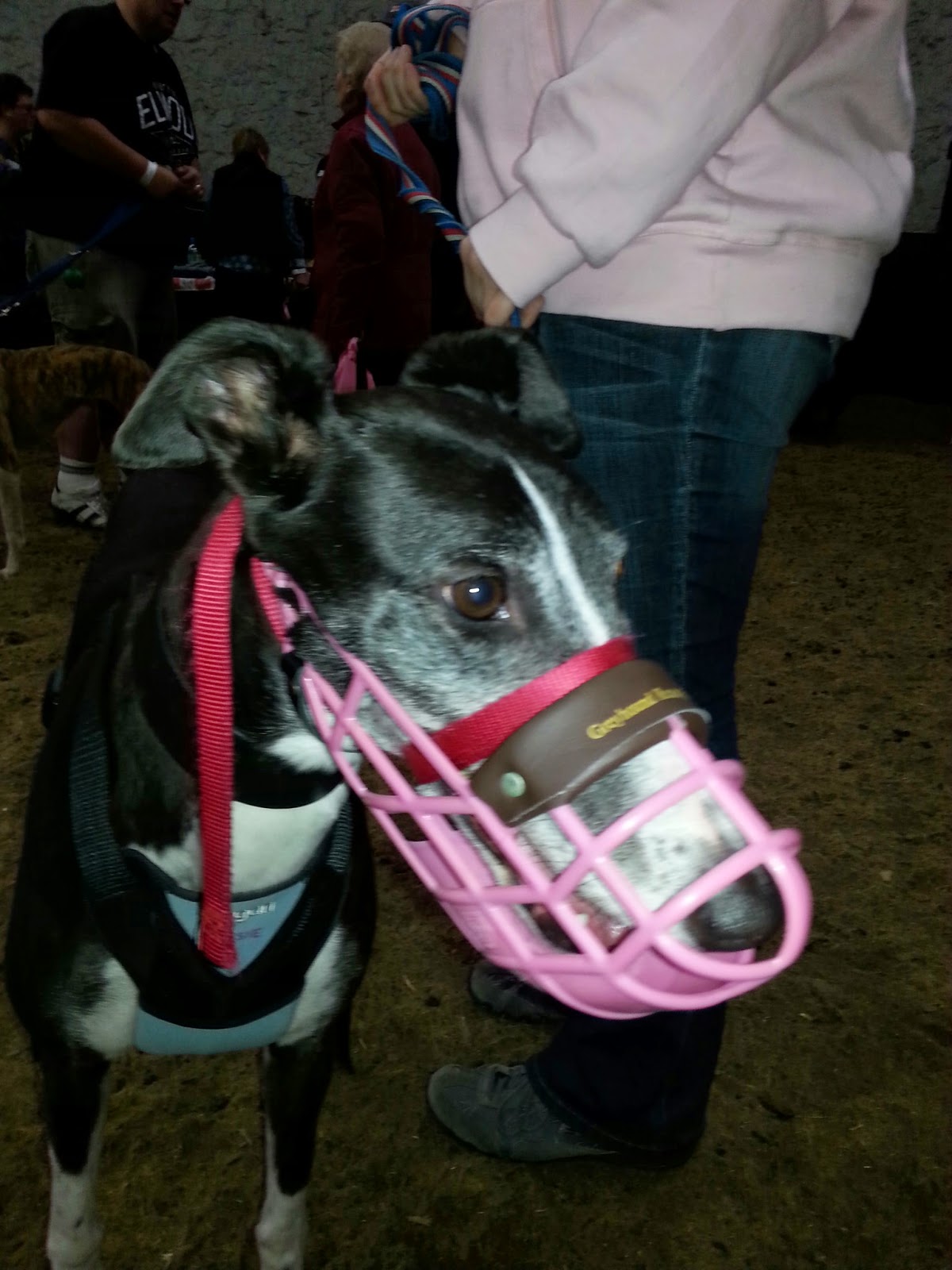 I think I must have said hello to every dog at least 3 times over! Kate said I was shopping for a new home but I remembered where my loyalties lie when Mum bought some treats called Ducky Stripes. 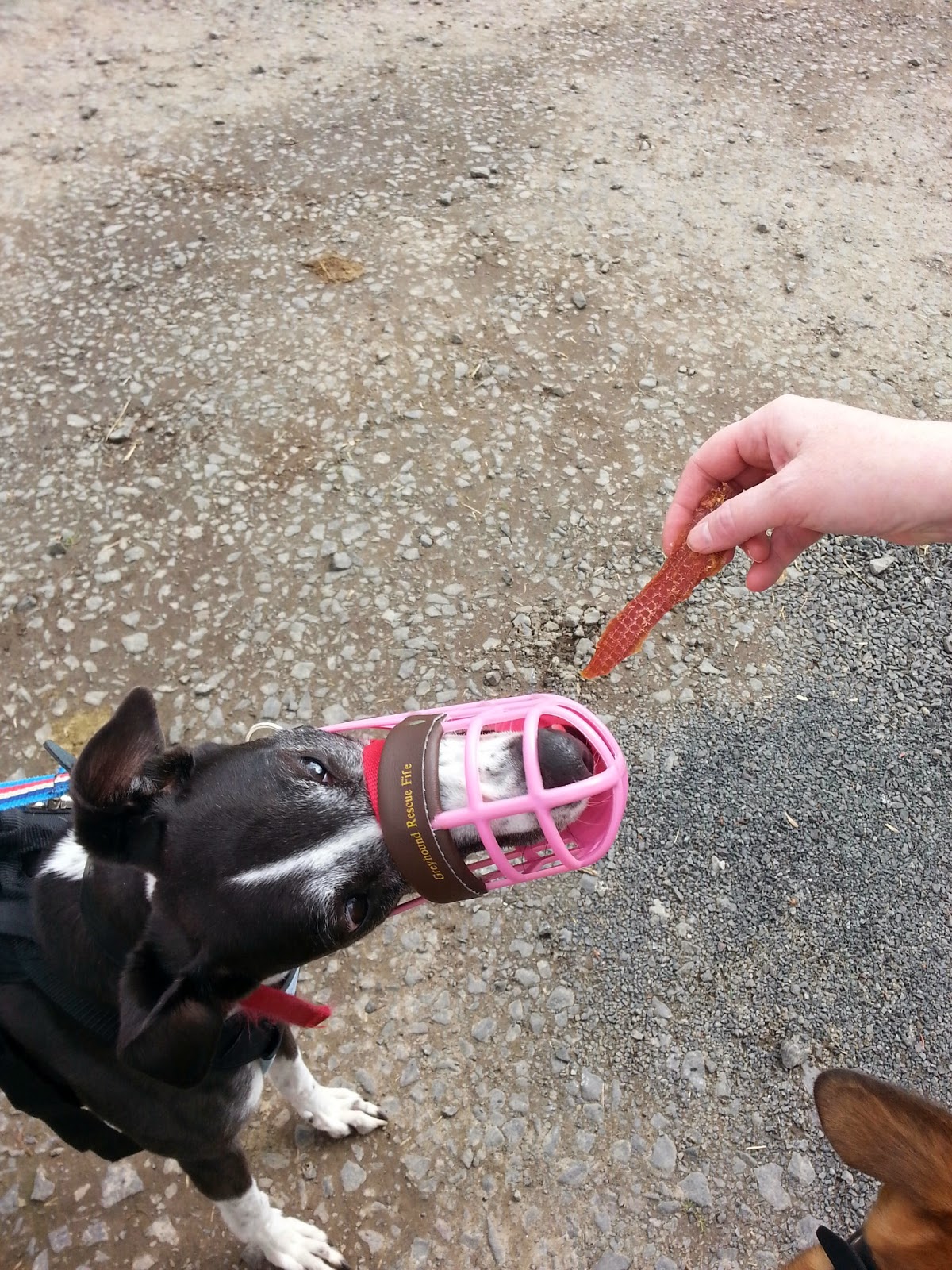 Mac was too preoccupied to eat any but I loved them so much I ate his too and got 5 altogether!! He missed out.

Mac also missed out on making friends because he was a little more on edge with meeting lots of new dogs. He didn't mind the hounds but there were other dogs that were stressing him out a bit. He still enjoyed being there and seeing everyone but he tried to stay away from the dogs he didn't like and as he got more tired he got more grumpy (NEVER deprive a hound of sleep, we're not as easygoing as we make out to be).

In the car we usually like to look out all of the windows and see everything that's going on but on the way home we were so exhausted; 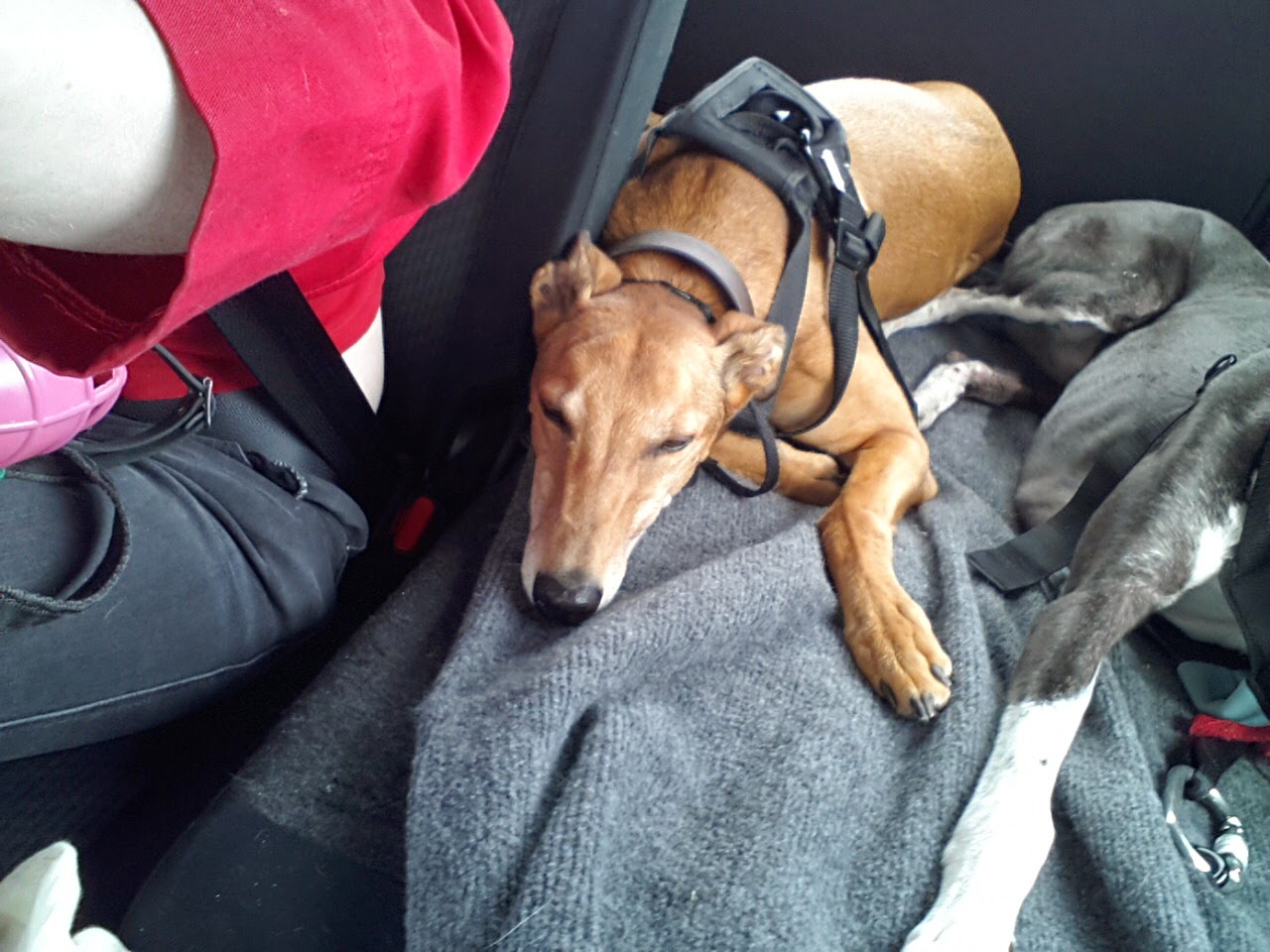 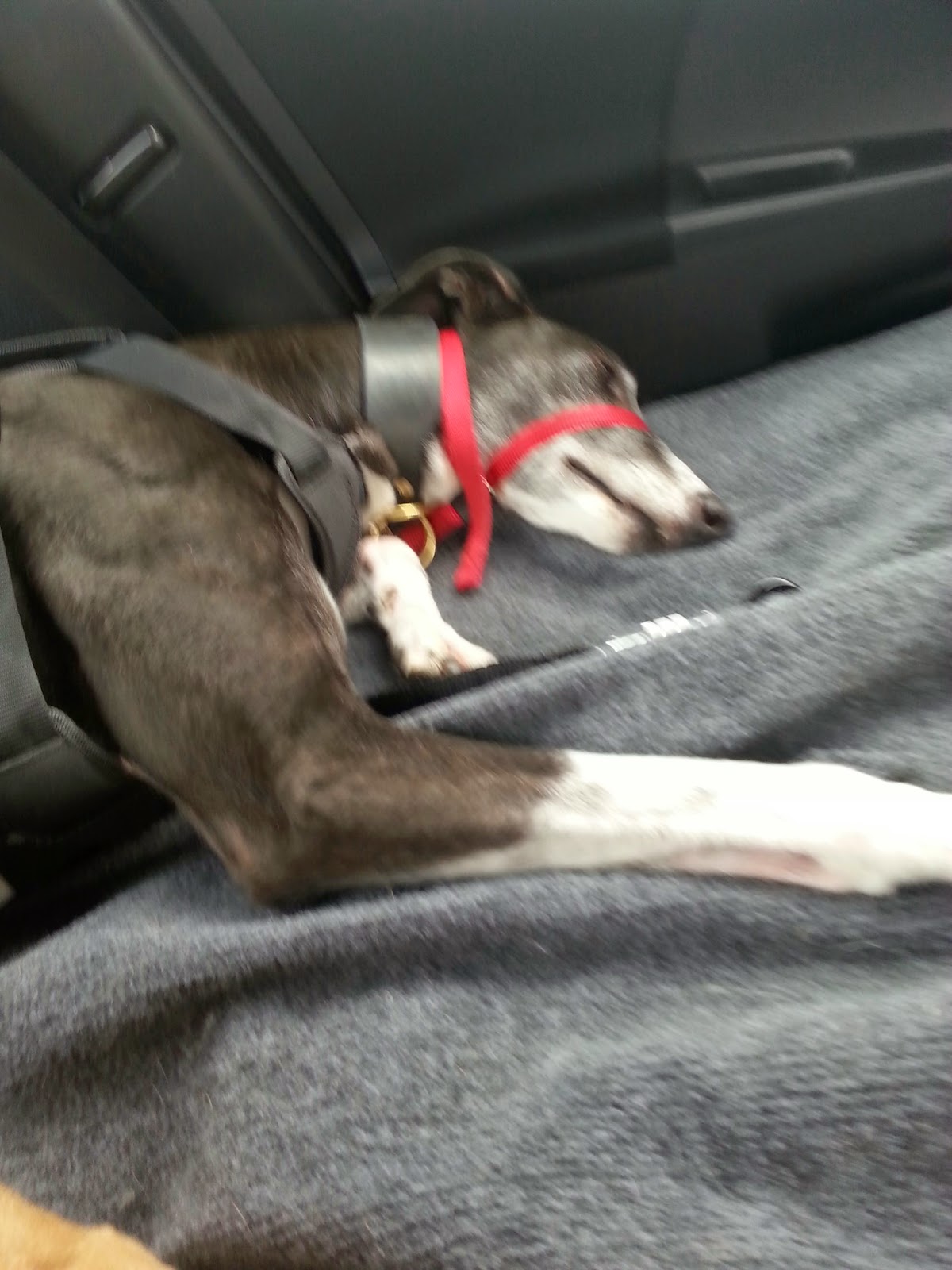 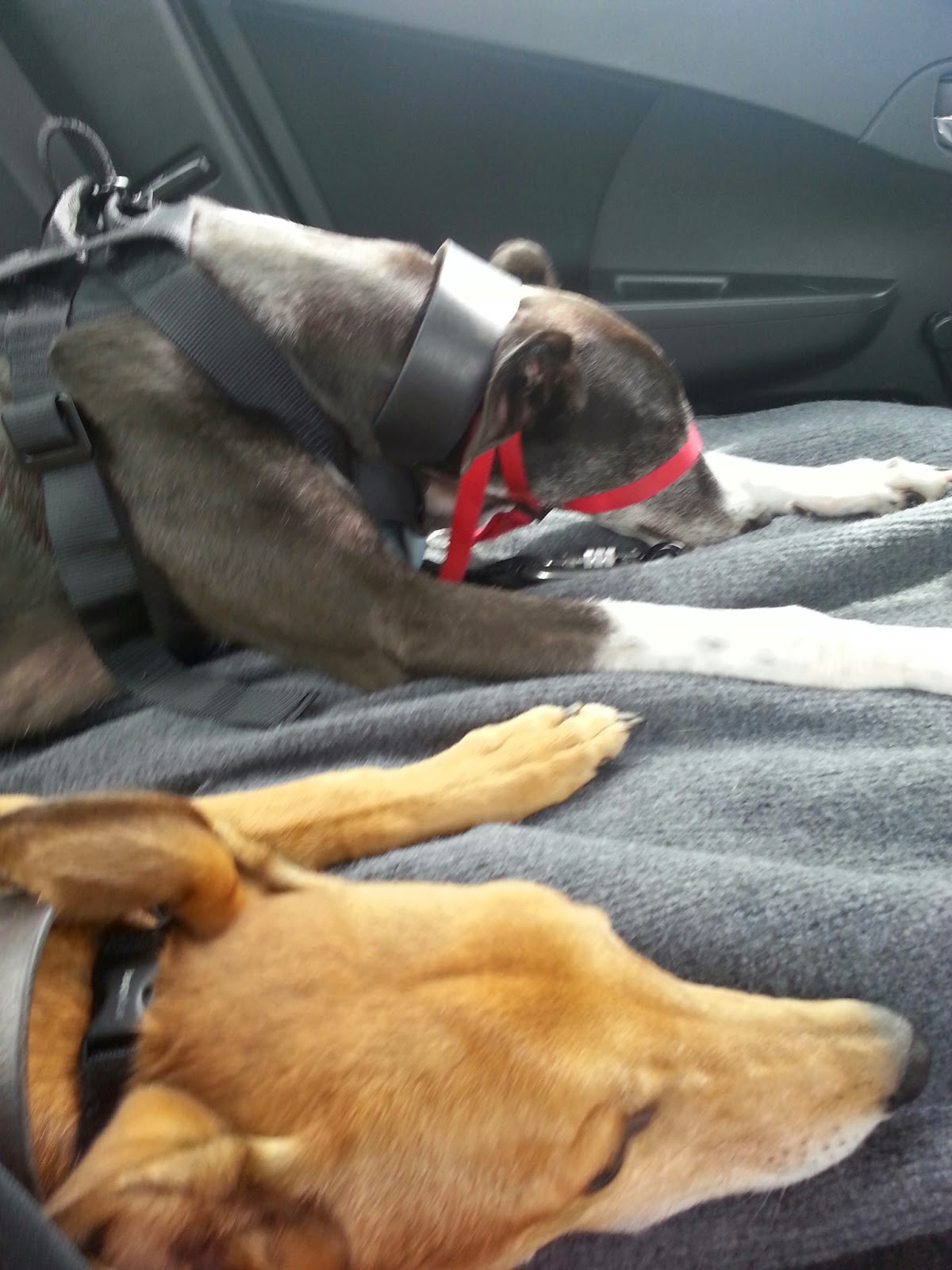 It's hard work socialising! But we had a fantastic time and even though I didn't win Most Loveable Face I still had a great time. 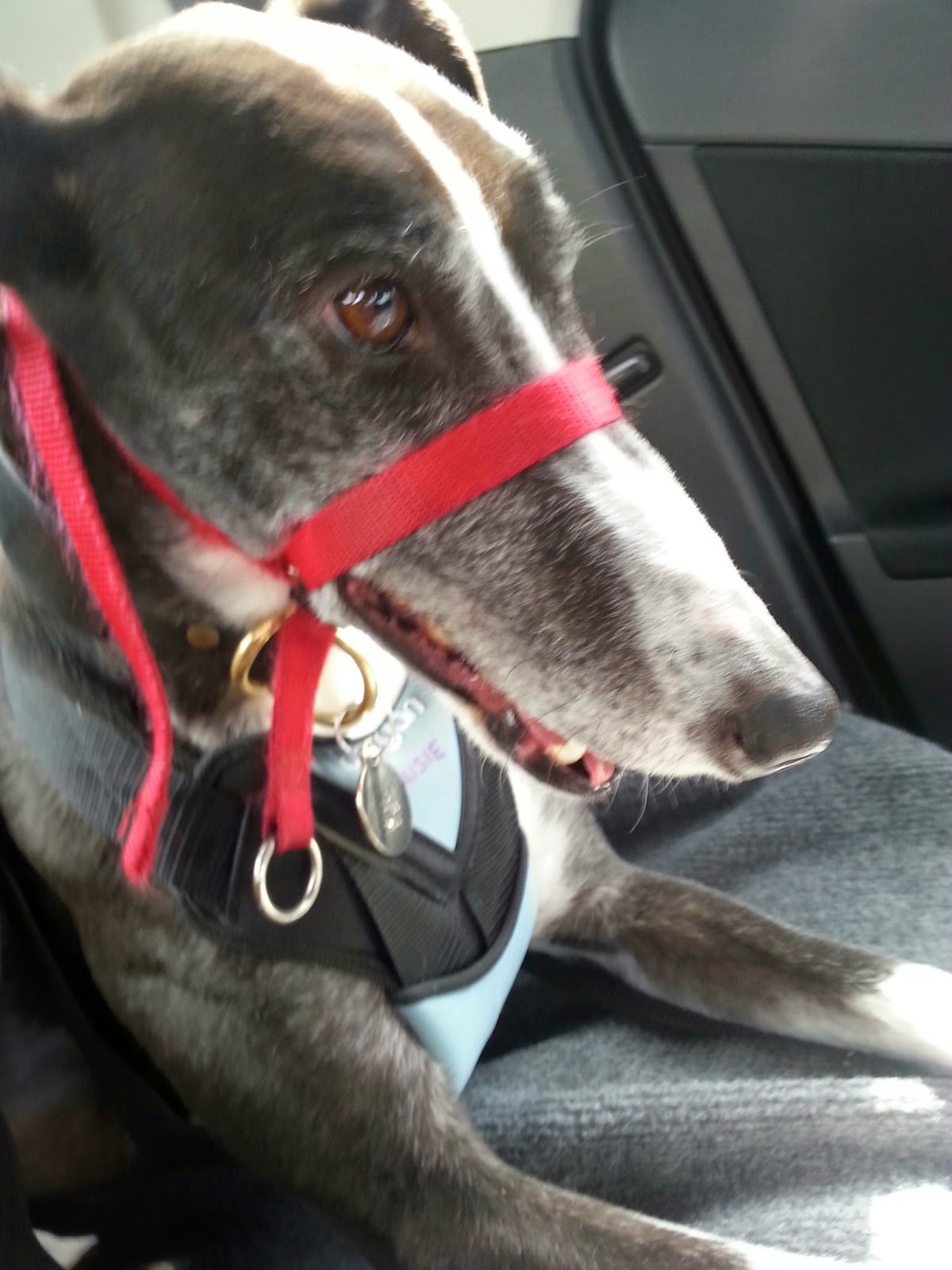 Hedgehogs: An insult to Dogkind

Hello folks, Mac here today.
Maisie and I were in big trouble this morning,  so much so we were almost submitted into the Homeless Hound parade at the dog show today (Kate said she was joking but she had a manic look in her eyes that I don't quite trust).
Before I begin,  I need to explain a couple of things. When I first came home I was rather fond of wrapping myself in a curtain and lying down as if it were a blanket. 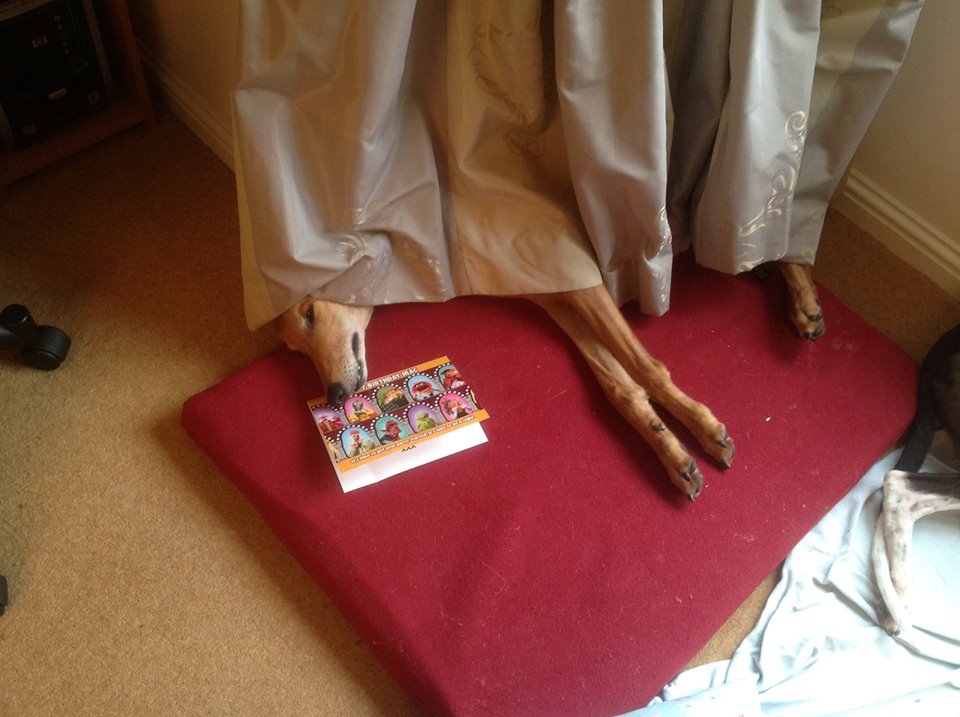 Unfortunately I didn't appreciate the fact that I was slowly tearing down the curtains piece by piece until one day they almost came down on my head. We're getting blinds soon apparently but they won't be the same. Until then our windows don't have anything to cover them.
Secondly, Maisie is a rather fragile soul who gets scared quite easily and remembers the places she was scared of for a very long time. Last week she had an unfortunate encounter in our back garden with a hedgehog and she's been extra careful to check the garden for them regularly.
This morning at about 4.30am Maisie woke me up to tell me there was an intruder in the garden. As the resident macho man dog I was sent to the window to scare it away. The thing about hedgehogs though is they're very stubborn when they're hungry so they ignored my barks in favour of some slugs. Kate heard them though and so did Mum, who went into the garden to try and chase them away for us.
Maisie still wasn't happy though. She couldn't sleep and every time she returned to the window, she woke me up again to bark at an intruder. I was really just trying to make Maisie feel better because I know that humans have a magic spell called "building a solid brick wall" that keeps hogs from joining dogs in the house. Maisie still thought it would be better to bark though.
Apparently there's an old human saying called "desperate times call for desperate measures" and Kate says this applies to what she did next. Before I knew what was happening,  our preferred window of choice was covered with a bin bag! The next window soon got covered with an old dog food bag and the rest with a spare newspaper. It's not a normal thing to do at 5am (or any time of day) but Kate realised it was her only hope of getting some sleep. 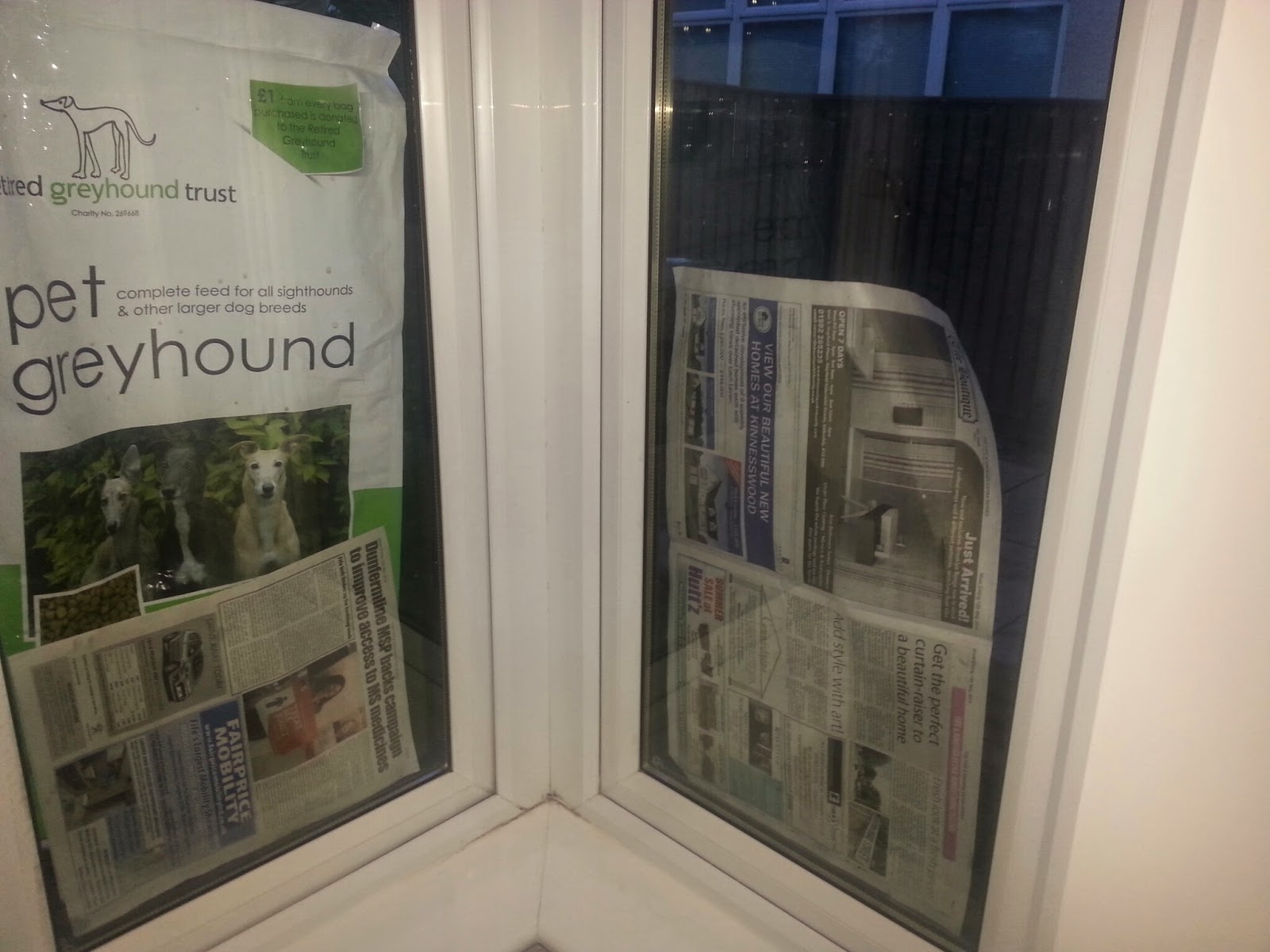 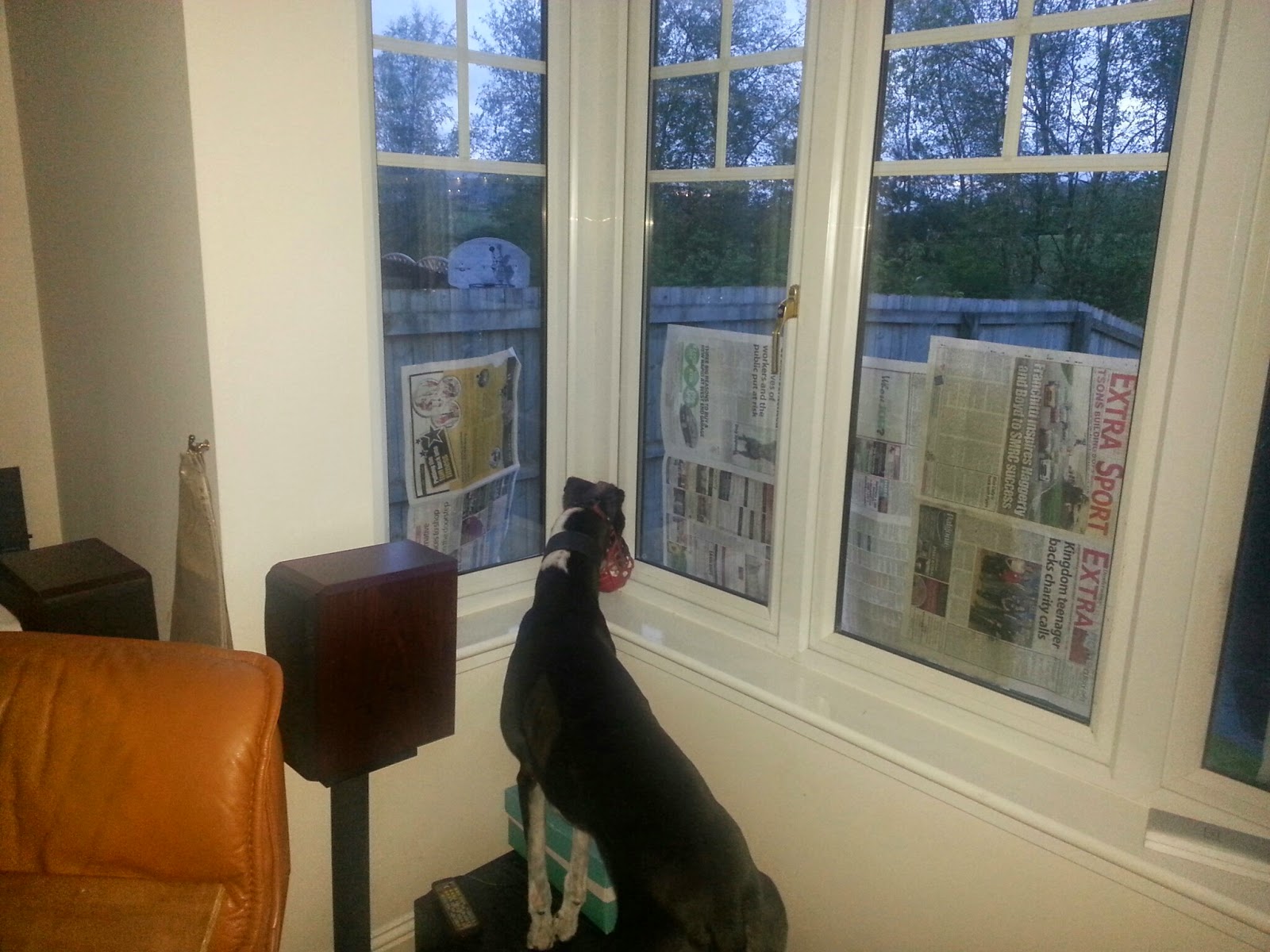 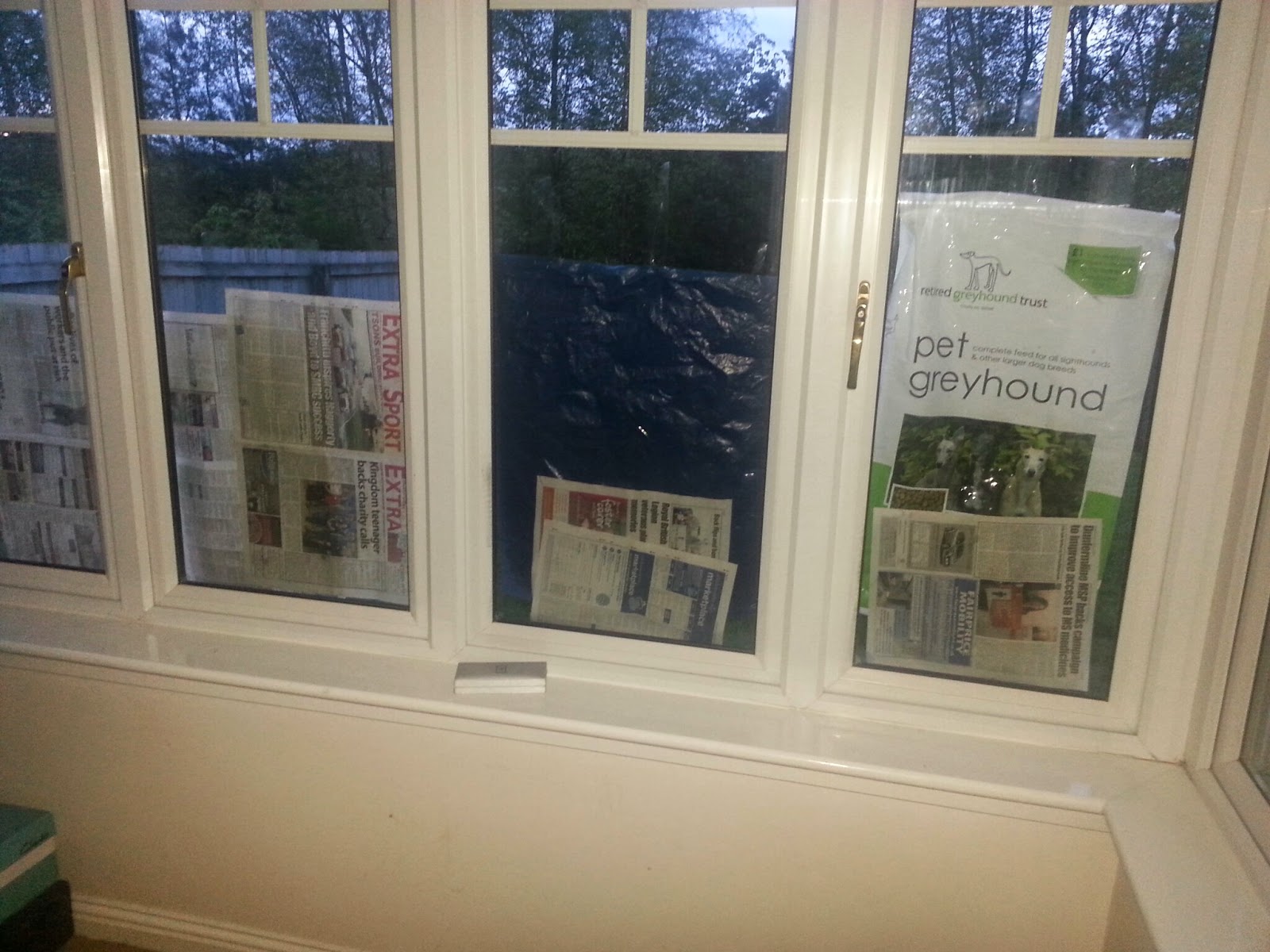 Maisie was not impressed! She sulked for the rest of the night but I was secretly happy to return to my bed. The next morning the humans were still rather annoyed with us and Maisie looked rather sheepish when Mum came to feed us breakfast. 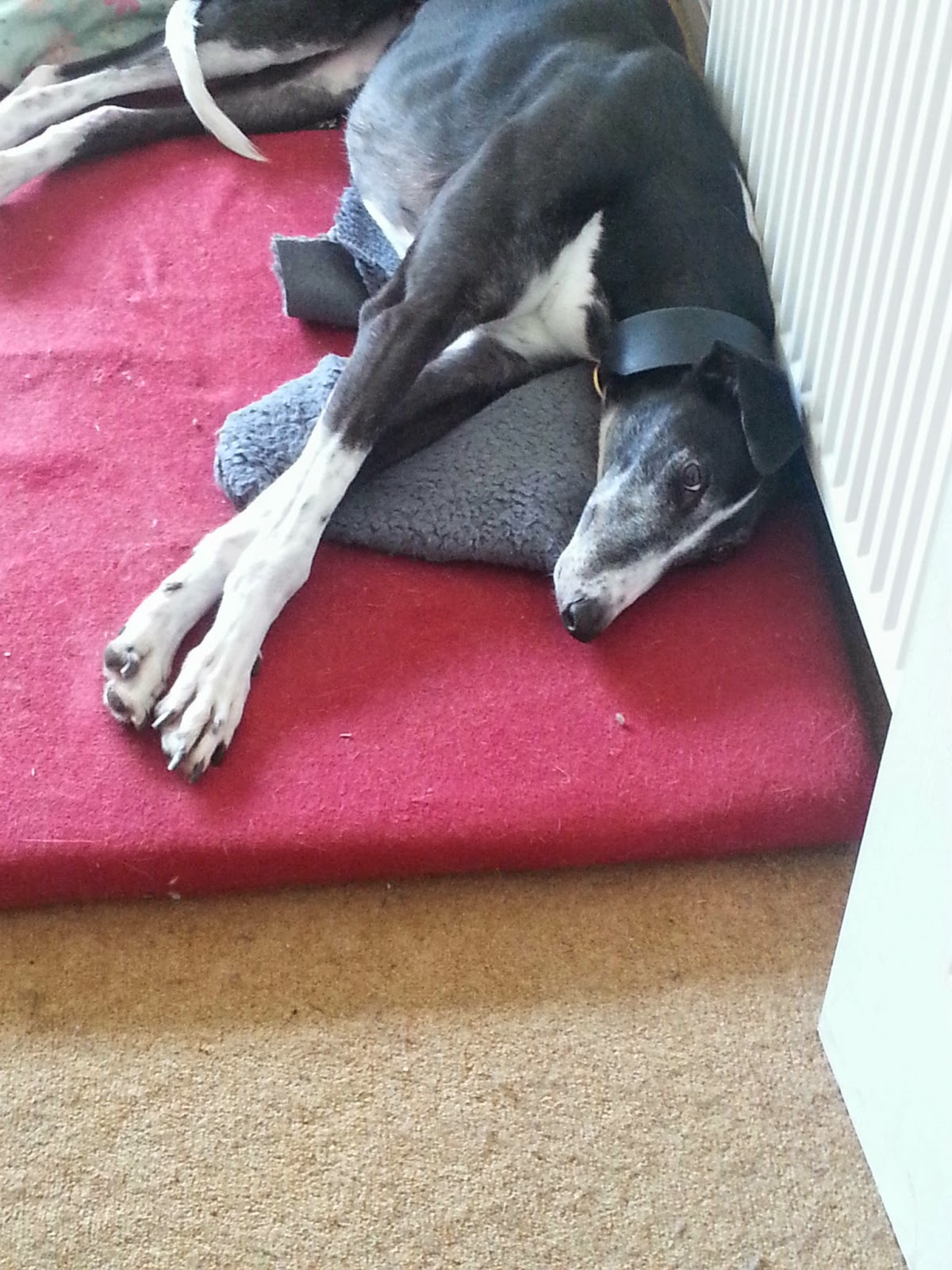 We were still allowed to go to the dog show though as long as we promised to behave, but "that's another story for another day" as Kate would say.

The moral of the story? Always keep a good supply of parcel tape nearby for use in the event of a hedgehog raid. You might just need it.

Pick Maisie for Most Loveable Face

Hello everyone, the annual Greyhound Dog Show is coming up this weekend and I'm very excited. I can show all my friends from the kennels my new family!
The dog show is raising money for my old kennels so naturally I have to go along and show my support. I'm not one for prancing in a show ring but Mum thinks I have a very loveable face so I'm going to show it to the judge. I'm just trying to decide what pose to pull when she sees me.
The obvious choice would be to show her my big brown eyes and all my teeth but that's the move every hound pulls! 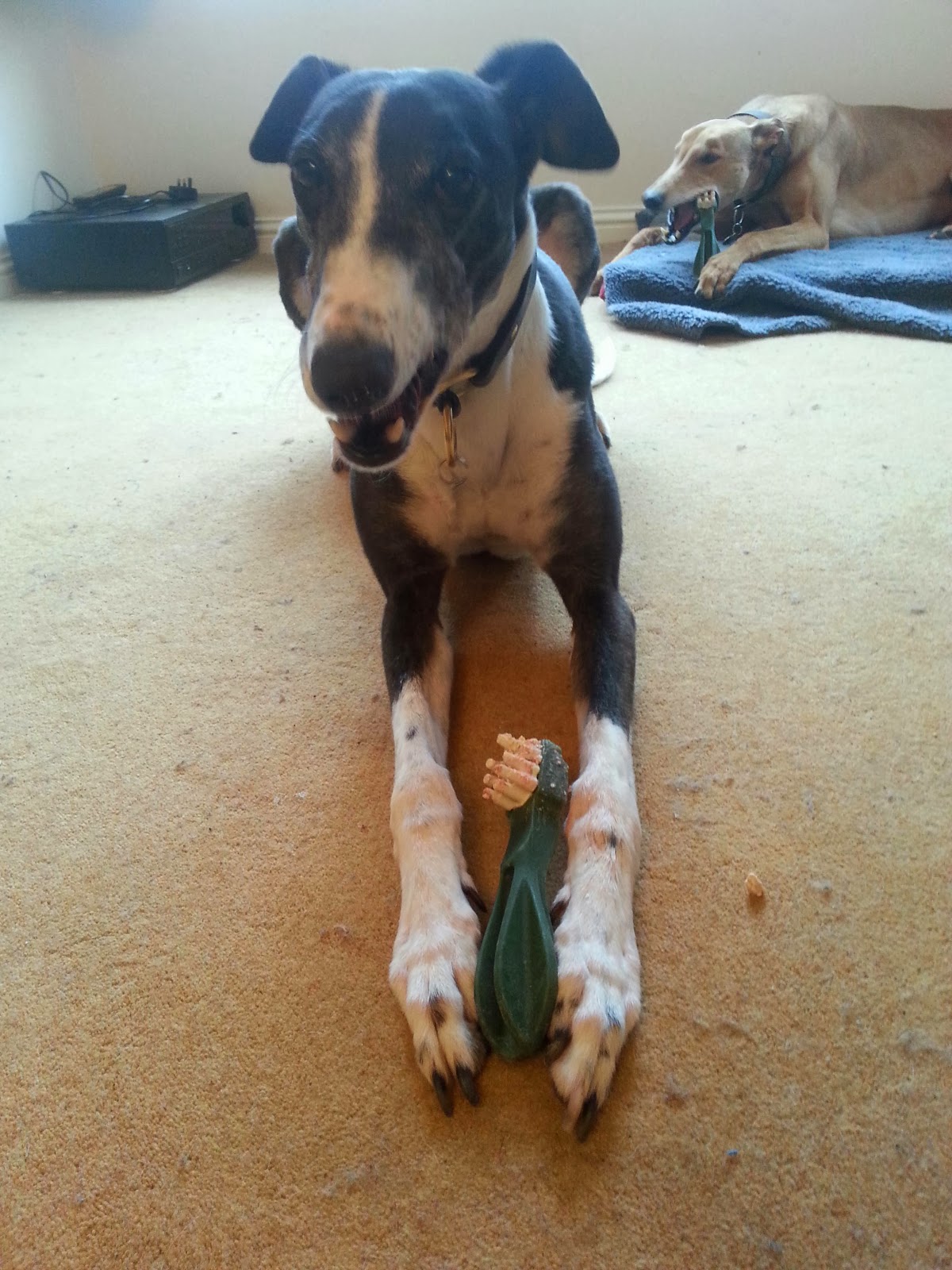 I want suave, sophistication, maybe a bit of smoulder. 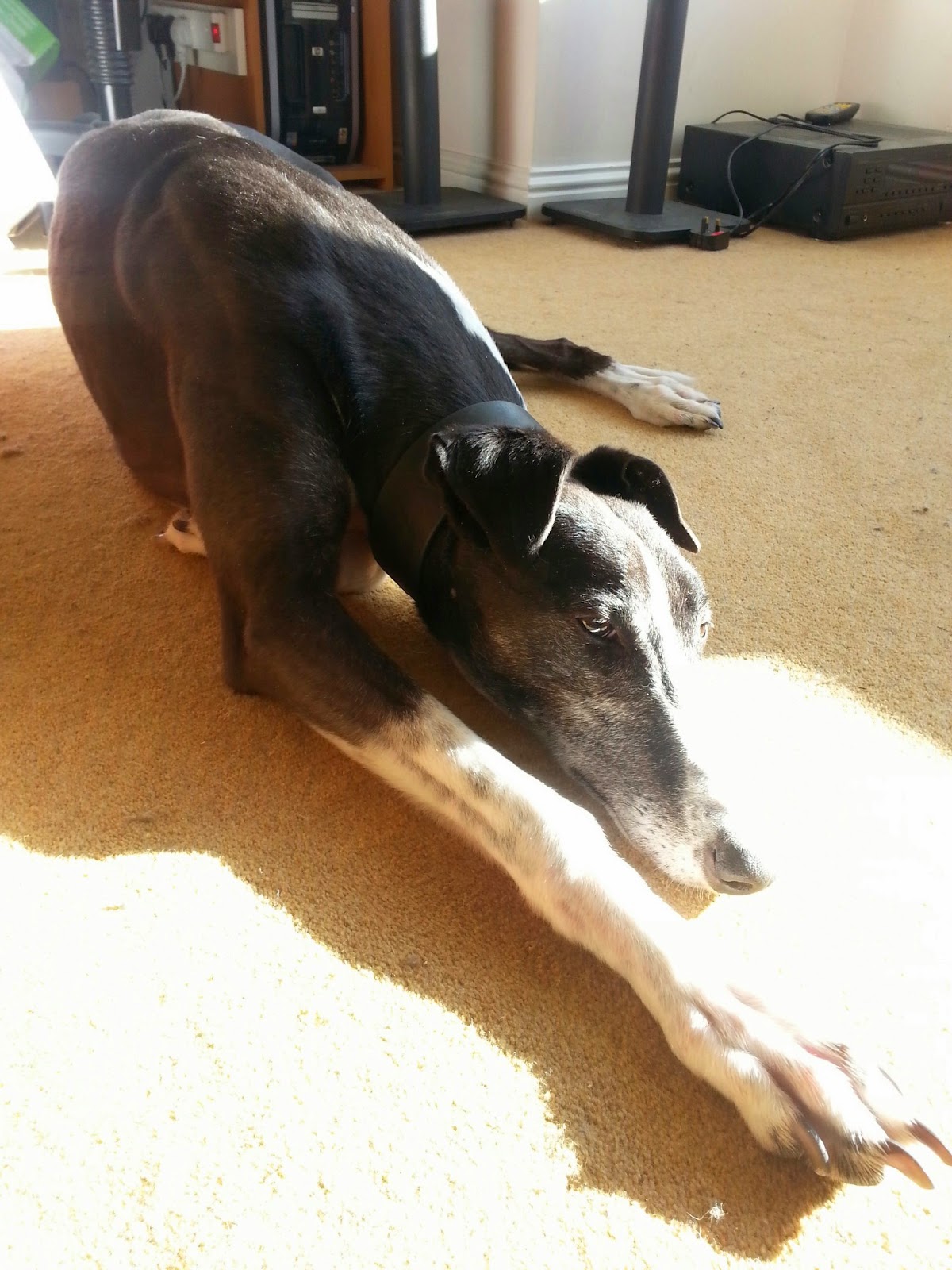 And all this is before I've even decided what to wear, oh my! It's a big event in my social calendar, I can't mess it up.
Come and say hello if you see me on Sunday, it will help to calm my nerves before my big stage debut.
Maisie
P.S : Mac is a bit more laid back about the weekend. 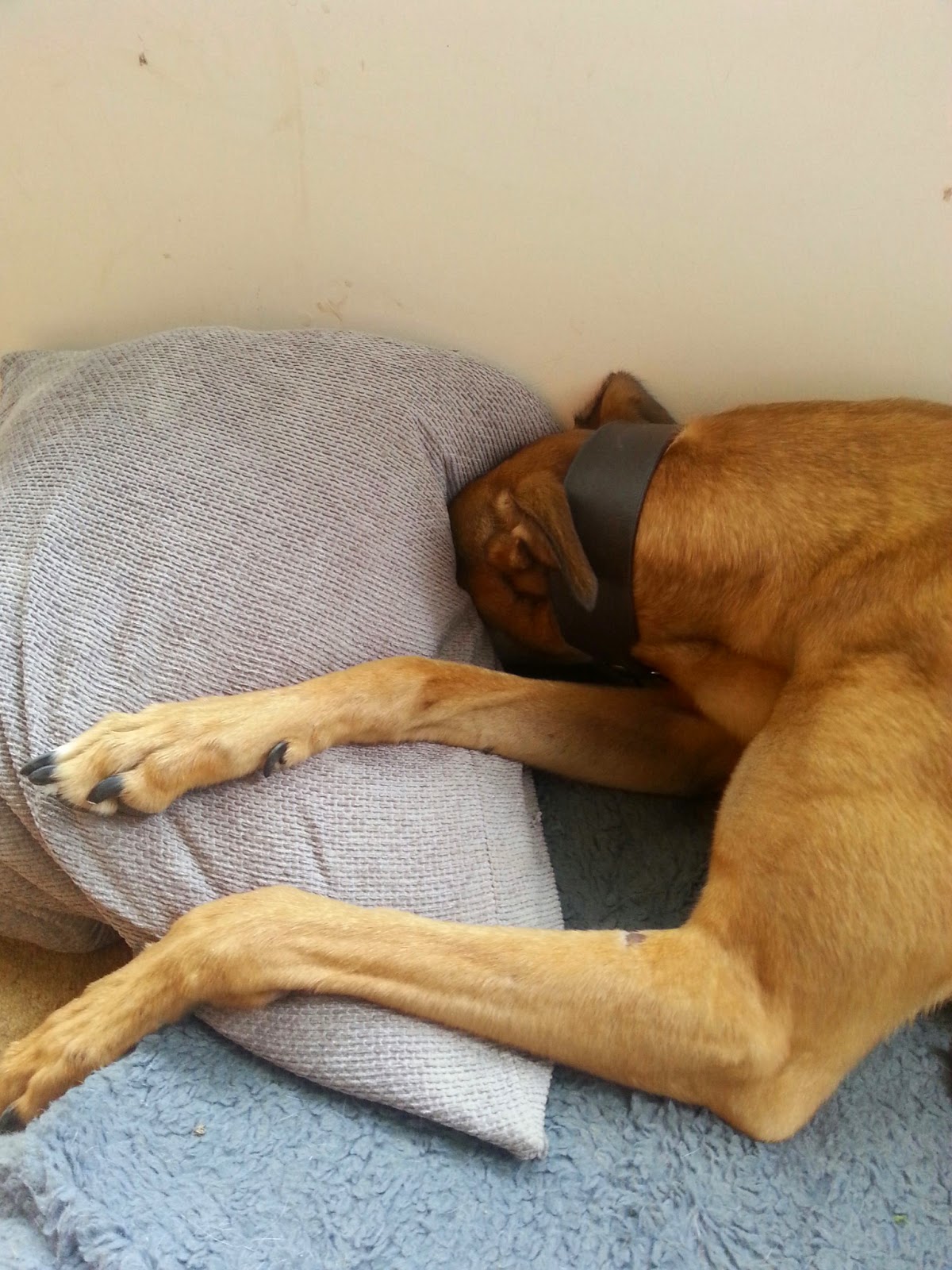